Having spent six months working for San-iT, mainly on 3rd Line Support, dealing with complex problems and providing support for my colleagues, it was great to be rewarded with a day off as part of our internal SaniTy Day scheme.

My wife, Debra and I have always wanted to visit Bletchley Park, but for very different reasons! Debra is interested in wartime history and I’m fascinated by the code-breaking and security side of Bletchley Park.

Upon entering Bletchley Park, we were advised to visit huts 8 & 11. Hut 8 was originally a code-breaking hut, responsible for decoding of naval Enigma traffic, headed by Alan Turing himself, and later by Hugh Alexander and A P Mahon. It played a crucial role in the breaking of the Enigma codes that the Germans used for communications during the war. Hut 8 also includes an exhibit on the importance of racing pigeons during wartimes. I certainly had no idea that over 250,000 racing pigeons were used during WW2, many behind enemy lines to send and receive messages.

Hut 11 is used to host the Turing-Welchman Bombe (Alan Turing & Gordon Welchman). This is the machine that’s featured in the Imitation Game film, starring Benedict Cumberbatch. These were revised versions of the Polish devices that allowed codebreakers to detect which of the dials were being used in the Enigma machines. Some machines had three rotors out of a possible five and later on some Enigma machines would use four. 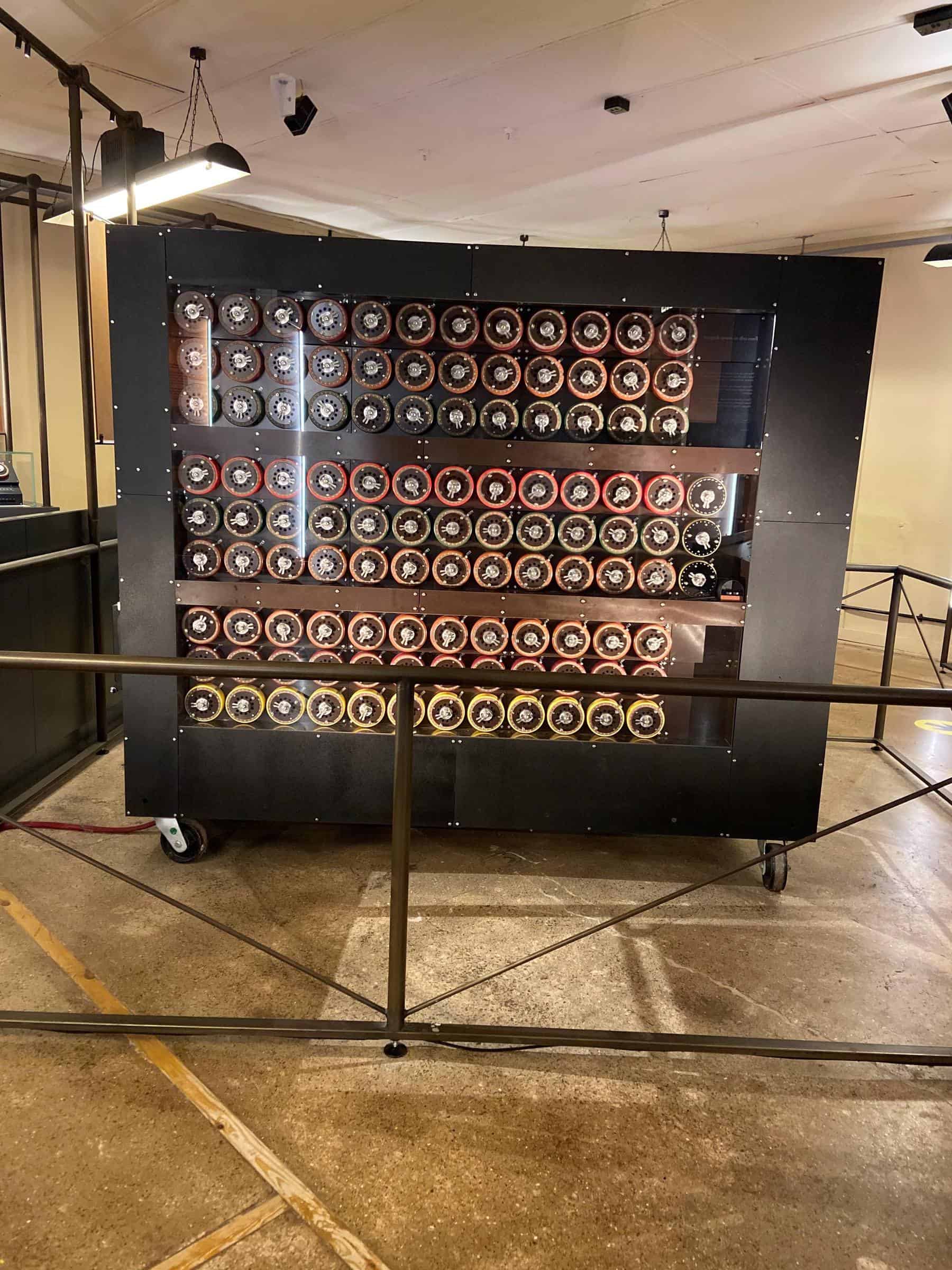 These rotors were used as a key to encrypt German communications during the war, later on a plug board was added with another complex addition of 10 extra levels of encryption.
In total, Enigma messages could have 60 septillion possible combinations (approx. 60 followed by 24 zeros) which changed at midnight each day. Mindboggling, even for technology people like ourselves!

The bombes were devices that accelerated the decoding of which dials were being used in the Enigma machines. They were very complicated to setup and operate, and were maintained and operated by WRENs. In total, during the war, over 300 bombes were in use in the UK & USA. I believe that only one original exists in the National Cryptologic Museum, Fort Meade, Maryland, USA. These bombes were significant as they allowed the mass production of the decryption of messages and started off the industry of decryption and codebreaking as we know it today.

After visiting huts 8 and 11, we then went for a lovely afternoon tea in Bletchley Hall which was wonderful, having sandwiches, cakes and drinks in such a relaxed setting.

On to the National Museum on Computing

To round off a fantastic day we went to visit the National Museum of Computing which also sits within the grounds. Here we learnt more about the use of the bombes and their successor; the Tunny & Heath Robinson, and the first true electronic computer Colossus. These were used to break the more complicated Lorenz-encrypted messages between Hitler and his generals.

The museum also hosts a number of other computers, from large mainframes to popular PCs from the 80s. They also have a history of software, a Microsoft exhibit and an Air Traffic Control history and gallery. It was great to see many of the first computers that I used during my career, the ICL 2900 series mainframe, and popular computers that I programmed on, research (Machine 380Z, BBC, ZX80/81, Spectrum, Amiga, Vic20, Atari ST, Dragon 32, Oric) bringing back lots of fond memories from my early career. 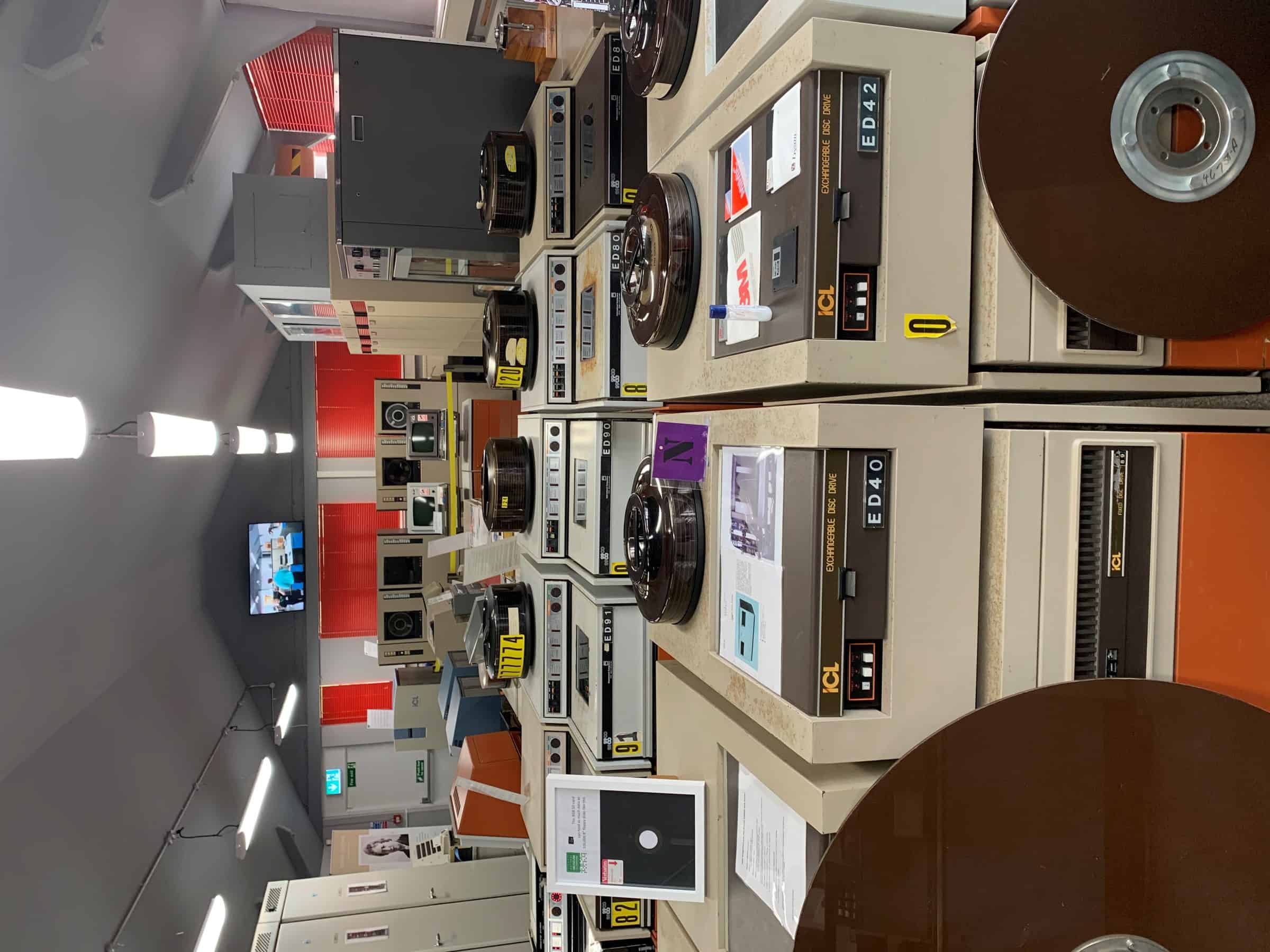 What a wonderful day and thank you once again to the San-iT team for giving me the opportunity to take some time out and explore my passion for technology, past and present!